Our contractors are all fully qualified, offering a professional and high standard service

No Job Too Big Or Too Small

We offer part and full rewires to domestic and commercial clients

They’re all registered and fully insured, giving you the peace of that you’re in safe hands

Looking for a part or full rewire in London or the surrounding areas?

After a number of years wires in a home or commercial building can become damaged through DIY or just general deterioration. In this instance a rewire of the house of affected areas may be recommended.

Many people only get their home or building re wired when they have discovered a problem but if you have regular testing such as domestic testing, BS7671 IEE Tests or Visual Inspections problems can be spotted earlier so you can get re wiring done in specific problem areas or just fixes that will last much longer and save you money in the long run.

As a general rule rewiring should be carried out after about 25 years but if good inspections and maintenance are carried out you may not need the full cost of a complete rewire. Rewiring is rarely as simple as it sounds and often as well as rewiring replacement sockets and circuit boards are needed as these are also affected by general age and deterioration.

An electrical rewire needs to be carried out by a qualified and experienced electrician; a rewire is not a simple job that a beginner or a DIY enthusiast can carry out. If a rewire is not done properly your wiring could fail compliance and safety regulations and you could be putting your home at risk. 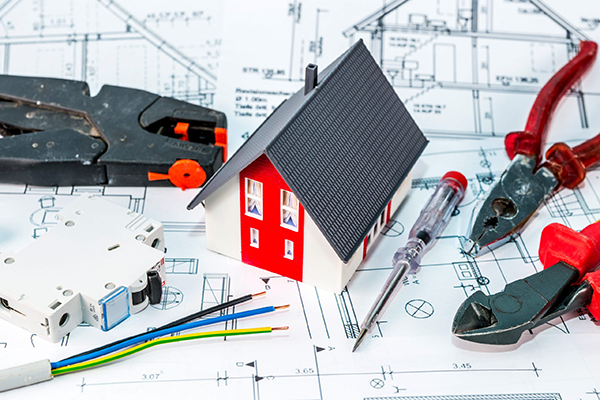 ELECTRICAL TESTING (EICR TESTS) NEAR YOU!

get to know us Periodic Inspection and Testing All electrical installations need to be checked regularly. This is done by inspecting and testing them to see if they are still in goo [...]

Do you need help with electrical testing? Fill out this form to get in touch.